I don't actually know if all good things must come to an end, but it is true that this particular good thing is coming to an end. A job opportunity has come up that will take me away from my adopted hometown of De Pere, WI and back to my actual hometown of Mesa, AZ. Since the opportunity involves a promotion, it's a bit much to ask anyone to feel to sorry for me, but over the last eleven years I really have come to think of Wisconsin as my home and I will be sad to leave.

The sun shines 350 days a year in Arizona, but not one of them will compare with those mid-summer Wisconsin days that seem to last forever. The days when the sun seems to linger just a bit longer than it should, everything is green, and the air is thick and warm. On these days the frozen landscapes of winter hardly seem real.

They are real of course, and in due time summer's green is replaced by the bold reds and golds of fall, and then eventually by the gray and white of winter. Winter has its own special beauty that too many Wisconsin natives are quick to dismiss. Perhaps that is understandable given the harshness of winter temperatures.

Absence of winter will certainly be noticeable after this move, but I fear that something even more important will be lacking.  The people of the upper Midwest, to my mind, are some of the most genuine you will find anywhere in the country.  I don't mean they represent the only real Americans, I mean they are just real.  They let their yea be a yea and their no, a no.  This straightforward nature is in too short of supply in too much of the rest of this country, and we are the worse for it.

When I tell people in Arizona I spent the last eleven years in Green Bay its certain that I will be asked either about the winters or about the Packers.  My answer will be that I miss both.  Many people outside of Green Bay know the Packer name, and that is a good thing.  What they don't understand though, is that the team reflects the city just as much as the city reflects the team.  It is true too much of Green Bay's identity is wrapped up in the Packers, it is also the case that much of the Packer's identity is drawn from the city.

I could go on and on about my adopted state, about how they give directions and their curious use of prepositions.  I won't, except to say that I'm already looking forward to some strange looks when I use the expression "horse a piece."

When I'm back in Arizona it will be tempting to introduce myself as being from Green Bay.  Since I didn't grow up here it's not true.  Pretending that it is would be thoroughly un-Midwestern.  Instead, I'll just say that I was born in Mesa, but spent the last eleven years in the great state of Wisconsin. 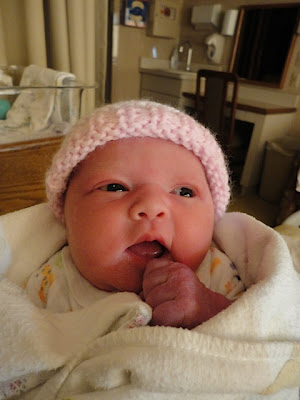 They are not the same thing.

Capper points us to the case of LogistiCare, a private contractor hired to arrange non-emergency rides for Medicaid patients.  The various failures by LogistiCare, he concludes, provide proof that privatization, "costs a lot more money and provides a lot less service," than the government systems that are supplanted by private entities.  Capper may be correct that he is looking at a case of too few services supplied at too high a price, but it is the monopoly power that is the problem, not the privatization.

Let's not get bogged down in the particulars of this case, maybe LogistiCare is totally incompetent, maybe not.  What I can say with confidence is that the LogistiCare case is just another example of how competition is what is important, not privatization.  That is a lesson that both the left and the right could stand to learn again.

Making a public monopoly private does nothing to reduce the inefficiencies associated with monopolies.  Competition is the key.

If you live in the 2nd Senate District of Wisconsin, I urge you to get out to the polls and vote for Senator Rob Cowles tomorrow.

Not sure if you are in the 2nd?  Check out this link to find your legislators.

Not sure where to vote?  Check out this link for your polling place.

As I wrote in April:

This is not what democracy looks like.  This is not even undoing the results of last November's elections, since the Democrats haven't bothered to run anyone against Cowles for a decade or so.

How Conservatives Lost on the Debt Deal

The real problem is not that we raised the debt limit.  It's that we did so while giving a lot of people the impression that this deal reduces the size of government.  It does not.  The New York Times:


WASHINGTON — There is something you should know about the deal to cut federal spending that President Obama signed into law on Tuesday: It does not actually reduce federal spending

By the end of the 10-year deal, the federal debt would be much larger than it is today....

“It does nothing to address the real drivers of our debt,” said Senator Tom Coburn, Republican of Oklahoma, explaining his decision to vote against the bill. “It eliminates no program, consolidates no duplicative programs, cuts no tax earmarks and reforms no entitlement program.”


According to the CBO baseline spending (go here, page 18), which I understand is the baseline for the cuts of $2.4 trillion, the Federal government will spend $46.1 trillion over the next ten years. So we’re going to go from 46.1 trillion over the next ten years to a mere $43.7 trillion?... For further perspective, in the ten years between 2002 and 2011, the Federal government spent $28.1 trillion dollars.

I agree that not defaulting on our past obligations is a good thing, but do either of these descriptions make this deal sound like a win for champions of small government?  Not a single program eliminated and spending reduced from $46 trillion to $44 trillion.  What's left for Republican, but to declare victory and go home.  The only thing missing from this deal was a 'Mission Accomplished' banner.

To those on the right who are mad at Speaker John Boehner because he cut this deal to raise the debt ceiling, I can only say the problem with Boehner is not this deal.  It's that he's been in Congress since 1990, and since then the federal government has continued to expand.  This is not to say that this is all Boehner's fault, but why would anyone believe that this time around John Boehner is willing and able to reduce the size and scope of federal government in any meaningful way.  (To those on the left who think Boehner's deal "slashes" government spending, please see above.)

As part of Boehner's campaign to round up votes for the deal, he apparently sent around this slide show (pdf).  I hope this was actually a joke and I just never figured it out because one of the slides includes this:

Wisconsin's Paul Ryan voted for this deal and so did my Congressman, Reid Ribble, whom I respect a great deal.  In fairness to them, my preferred solution would have been to raise the debt limit with absolutely no strings attached and then work as hard as possible to actually reduce the size and scope of the federal government.  This position is probably less politically viable than the agreement they ultimately reached, unpopular though it is.

I believe the debt ceiling had to be raised, I just wish it could have been done without giving so many people the utterly mistaken impression that this deal made the government smaller in the process.

Become a fan of Rhymes With Clown

Promote Your Page Too